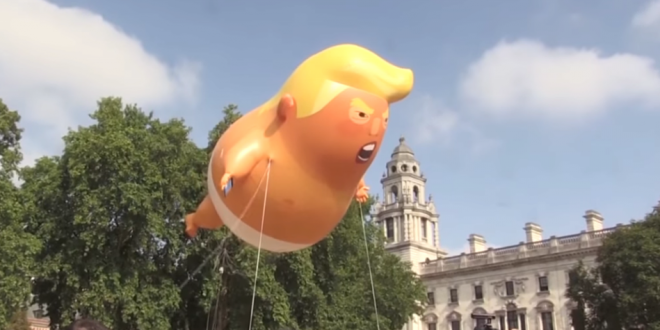 A inflatable blimp depicting President Donald Trump as a baby — which Trump has previously said he dislikes and makes him “feel unwelcome”— is due to make an appearance at his state visit to the UK in June. And this time it could be five times as big.

The 20-foot (6-meter) balloon hovered over Westminster, near the Houses of Parliament, when Trump made an appearance in London on July 13, 2018. Leo Murray, who set up the crowdfunding page for the original balloon told Business Insider: “The Trump baby will definitely fly again.”

As many as 250,000 people took to London’s streets in July to protest against Trump’s visit. In November 2018 the blimp also followed Trump to Paris, and later to the G20 summit in Buenos Aires, Argentina.