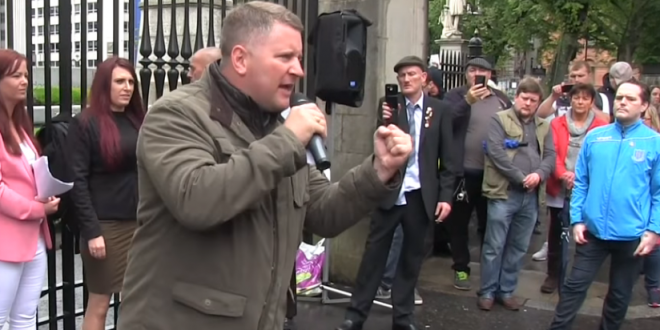 Years after the company first dismissed fears it was empowering extremists, Facebook has permanently banned a number of far-right organisations and individuals including the British National party (BNP), the English Defence League (EDL) and Britain First. The ban, which came into effect at midday on Thursday, extends beyond the groups and individuals specifically cited as hate organisations: posts and other content that “expresses praise or support” for them will also be banned, as will users who coordinate support for the groups.

A further 12 individuals and accounts have been banned by the site: the BNP and its former chairman, Nick Griffin; Britain First, its leader, Paul Golding [photo], and former deputy leader Jayda Fransen; the EDL and Paul Ray, a founder member of the group; Knights Templar International and the far-right activist Jim Dowson; the National Front and its leader, Tony Martin; and the far-right activist Jack Renshaw, a former spokesman for the proscribed terrorist organisation National Action.

Facebook imposes ban on a dozen far-right individuals and organisations in the UK that it says “spread hate” https://t.co/MPApCNeCLz