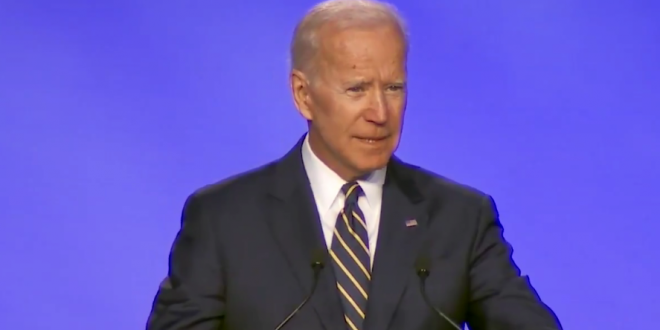 Former Vice President Joe Biden on Friday made light of allegations by eight women of touching them without their permission. “I just want you to know I had permission to hug Lonnie,” Biden, 76, told a crowd of 1,200 gathered for the International Brotherhood of Electrical Workers Conference at the Washington Hilton in Washington, D.C.

He was referring to Lonnie Stephenson, president of IBEW, who introduced the vice president before his remarks. Biden’s appearance marks his first public event since former Nevada state assemblywoman Lucy Flores accused him last week of smelling her hair and landing an unwanted slow kiss on the back of her neck.

At start of his address to the International Brotherhood of Electrical Workers, Joe Biden jokes, “I just want you to know, I had permission to hug Lonnie.” https://t.co/Hvgxjgk9fw pic.twitter.com/19rJgEA1L5