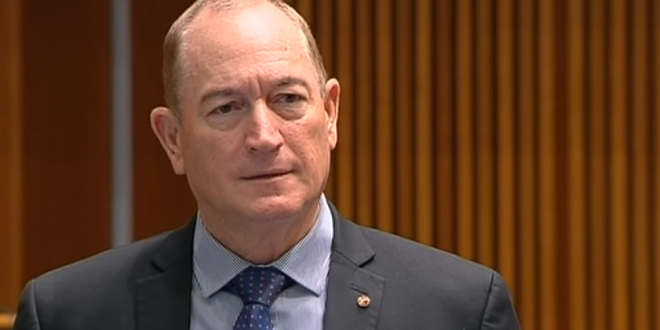 An Australian senator was censured by his colleagues on Wednesday for seeking to blame the victims of last month’s mosque shootings and vilify Muslims. Sen. Fraser Anning was the target of widespread condemnation for blaming the attack in New Zealand on immigration policies. He faced more criticism later for physically striking a teenager who cracked a raw egg on his head in a protest. The incident in Melbourne went viral.

On Parliament’s second sitting day since the March 15 attack in which 50 people died, government and opposition lawmakers moved the censure motion against Anning for divisive comments “seeking to attribute blame to victims of a horrific crime and to vilify people on the basis of religion, which do not reflect the opinions of the Australian Senate or the Australian people.”

Previous Fox Host Brian Kilmeade: Closing The Mexican Border Could Cause A Recession But That’s Called Leadership
Next Gingrich: Abolishing The Electoral College Will Give Democrats “Maximum Incentive To Steal The Election”