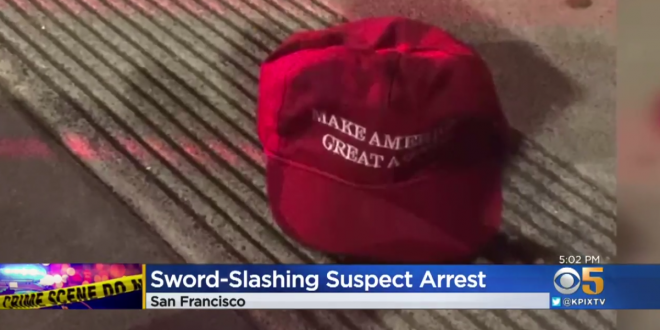 A man accused of slashing another man with a sword after having his “Make America Great Again” hat knocked off his head last weekend in San Francisco appeared in court Friday to face charges in the attack.

Leor Bergland, 30, was defiant as he stood in his orange jail-issued clothing for an initial appearance in San Francisco Superior Court. He was arrested Wednesday and charged with attempted murder, mayhem and assault with a deadly weapon.

Gabriel Gaucin’s hand was partially severed in what prosecutors in court Friday described as “one of the most gruesome photos of an assault I’ve ever seen.” He was treated at San Francisco General Hospital and had emergency hand surgery.