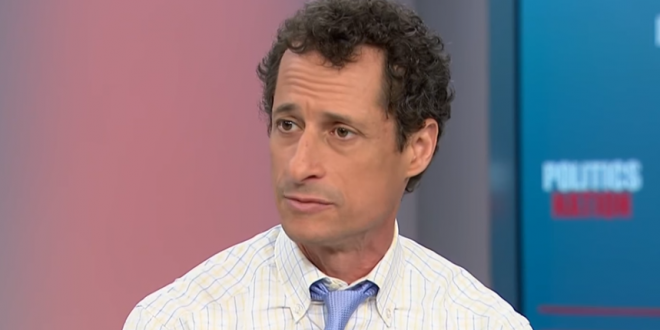 Former U.S. Rep. Anthony Weiner was ordered Friday to register as a sex offender as he nears the end of a 21-month prison sentence for having illicit online contact with a 15-year-old girl.

A New York City judge designated Weiner a Level 1 offender under the state’s version of what’s known as Megan’s Law, meaning that he is thought to have a low risk of reoffending.

Weiner, a once-rising star in the Democratic Party who served nearly 12 years in Congress, has been living in a halfway house since February after serving most of his sentence at a prison in Massachusetts.