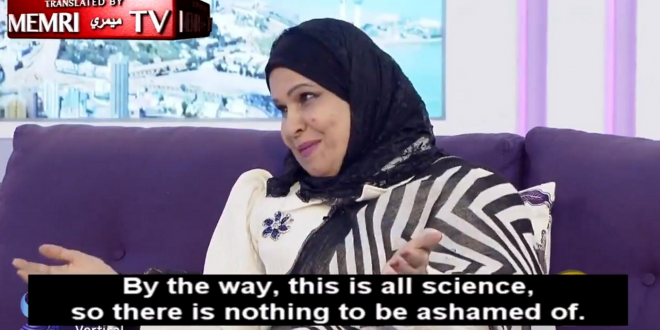 A homophobic Kuwaiti academic claimed on Scope TV that she invented a cure for homosexuality based on Islamic medicine. “I discovered therapeutic suppositories that curb the sexual urges of boys of the third gender as well as the fourth gender, which is butch lesbians. They have excessive sexual urges,” said the anti-gay and anti-lesbian researcher Dr. Mariam Al-Sohel.

Al-Sohel said her inventions of suppositories “cures those urges by exterminating the worm that feeds on the semen.” She added, “Bitter foods increase masculinity” and “the ingredients [for the cure] are the same (for both sexes) but I made them into different colors.”

Tags 5150 crackpots get the net Kuwait