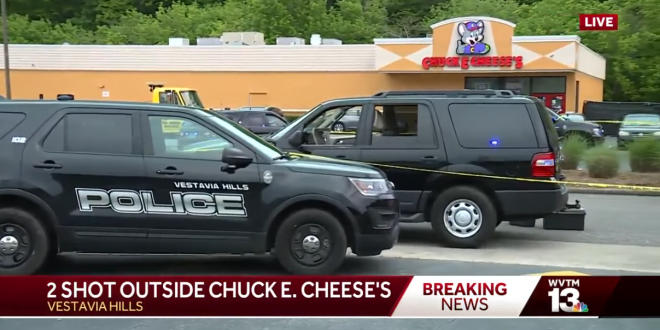 A father has died after last weekend’s accidental shooting in the parking lot of Chuck E. Cheese’s in Vestavia Hills. The Jefferson County Coroner has identified the victim Timothy Roshun Smith Jr. He was 22.

The child was taken to Children’s of Alabama with injuries that appear to be non-life threatening. Smith was taken UAB Hospital where he died Monday afternoon.

A witness said both victims were inside a vehicle when they heard a single gunshot. That’s when everyone got out of the car and people started screaming to call 911.

Three young men were either inside the vehicle with the victims or nearby when the shooting happened. They were visibly upset and were taken from scene by police but were not handcuffed.

Keller said the gun was inside a bag in the vehicle. The preliminary information is that the adult male victim was about to change the girl’s diaper when he came in contact with the gun inside the bag and it fired. The single bullet discharged hit him in the chest, and then the girl.