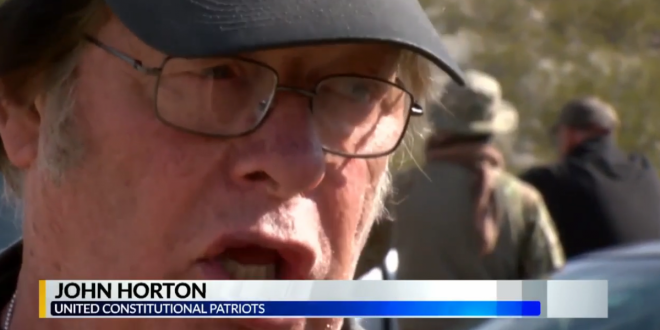 Armed right wing militia members detained a large group of migrants at the US-Mexico border and coordinated with US border patrol agents to have them arrested, according to the American Civil Liberties Union, in a series of actions the civil liberties organization called a “kidnapping” and a flagrant violation of the law.

Several videos taken at the border in New Mexico this week appeared to show men belonging to a group that calls itself the United Constitutional Patriots approaching migrant families and children, ordering them to sit down, calling federal agents on them, and at one point potentially misrepresenting themselves by saying “border patrol” as they approached.

In a 41-minute video posted by the group this week, a large gathering of people, including several young children, are seen sitting in dirt as members of the militia encircle. Children are bundled up in sweaters, some wearing backpacks, while illuminated by flashlights.

“The Trump administration’s vile racism has emboldened white nationalists and fascists to flagrantly violate the law,” the ACLU of New Mexico said in a letter sent to the state’s governor and attorney general. The organization urged the state to “immediately investigate this atrocious and unlawful conduct”

The vigilante members of the organization, who posted videos and photographs of the unlawful arrests, are not police or law enforcement and they have no authority under state or federal law to detain or arrest migrants.

The Trump administration has emboldened white nationalists to flagrantly violate the law.

This has no place in our country — we cannot allow armed civilians to kidnap and detain people seeking asylum.@ACLUNM is urging the governor to immediately investigate.