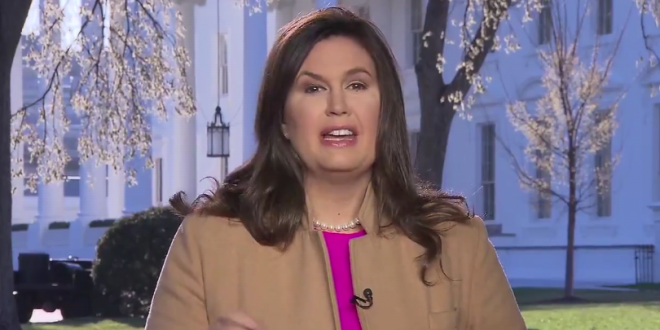 White House press secretary Sarah Huckabee Sanders said Monday that media figures and Democrats who accused President Trump of working with Russia were guilty of treason — and could face the death penalty.

“They are literally, the media and Democrats have called the president an agent of a foreign government. That is an accusation equal to treason, which is punishable by death in this country,” she said to NBC.

Grim faced and simmering with anger, Mr. Trump repeated his assertion that a collection of partisan foes had effectively conspired to try to disrupt or even end his presidency with false allegations about his campaign’s ties with Moscow in 2016.

“There are a lot of people out there that have done some very, very evil things, some bad things, I would say some treasonous things against our country,” he told reporters. “And hopefully people that have done such harm to our country — we’ve gone through a period of really bad things happening — those people will certainly be looked at.

“I’ve been looking at them for a long time,” he added, “and I’m saying why haven’t they been looked at? They lied to Congress, many of them, you know who they are. They’ve done so many evil things.”