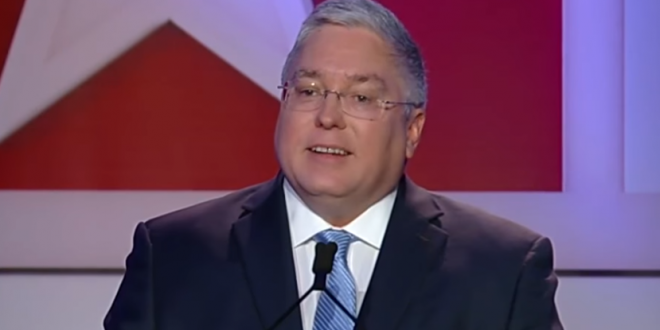 The Wheeling-Charleston Diocese encompasses the entire state of West Virginia. The complaint alleges those actions lacked transparency were in contrast to the Diocese’s advertised mission of providing a safe learning environment.

The action was brought against the Diocese and former bishop for violations of the state’s consumer protection laws, in addition to seeking a permanent court order blocking the Diocese from the continuation of such conduct.

The suit alleges that Father Patrick Condron admitted to sexually abusing a student, was sent to treatment, then assigned to a local elementary school. Parents were allegedly not notified that a pedophile was being employed at the school. Several cases similar to Condron’s are detailed in the suit.

“Today is a sad day, but the Attorney General still believes there are so many priests and deacons in the Catholic church — who are good men — who will support this effort so we can really seek meaningful changes in how the church handles sexual abuse,” Morrisey said.

RELATED: Morrisey, an ardent Trump ally and frequent Fox News guest, first came to national attention in part thanks to a lavish endorsement from Steve Bannon. Last year he was the GOP nominee to challenge Sen. Joe Manchin, losing by three points despite Trump’s three West Virginia rallies in his support.

Previous Mat Staver: Equality Act Is An Unconstitutional Chaotic “Wrecking Ball” That Will Spur Rise In Sexual Assaults
Next Biden +8 Over Bernie In New Poll On 2020 Dem Field