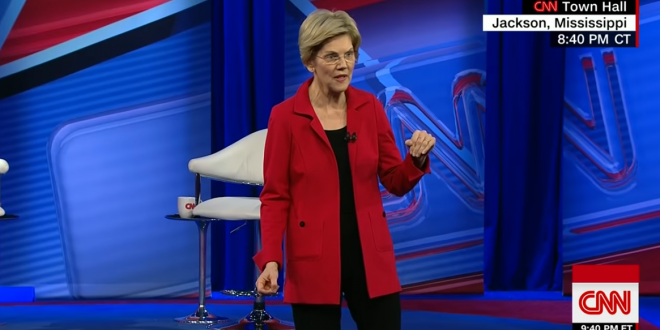 Here’s another proposal to add to the list of bold ideas on which Sen. Elizabeth Warren has built her 2020 presidential campaign. “Get rid of the Electoral College.”

During a CNN town hall Monday night, Warren told a live audience in Jackson, Mississippi, that the current system the country uses to elect a president effectively excludes voters in their state, as well as her own.