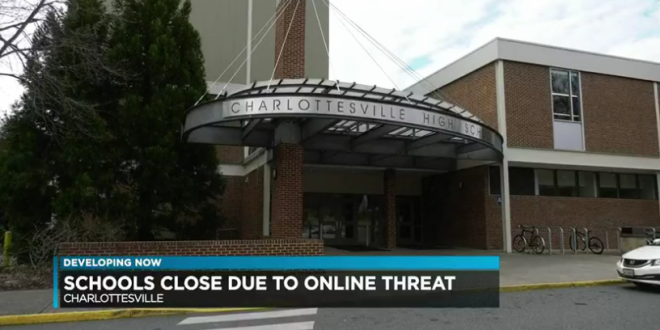 A Virginia teenager has pleaded guilty to posting a racist threat online that shut down Charlottesville City Schools for two days last week.

News outlets report the 17-year-old boy was convicted Wednesday and is set to be sentenced April 24. Assistant Commonwealth Attorney Samantha Markley says the teen told authorities he was bored and joking when he made the school shooting and ethnic cleansing threat targeting a Charlottesville school.

The threat was posted on an online forum known for white supremacy and later deleted. Markley says the threat’s content led authorities to believe the danger was imminent.

The threats closed down Charlottesville schools last Thursday and Friday after police received a tip about the post, written on 4chan and 8chan, which encouraged white students to stay home from school.

The two websites are noted hubs for white supremacists and were banned in New Zealand earlier in March after they circulated video of the mass shooting that killed 50 worshippers at two Christchurch mosques.

That was a very fast resolution to the case.