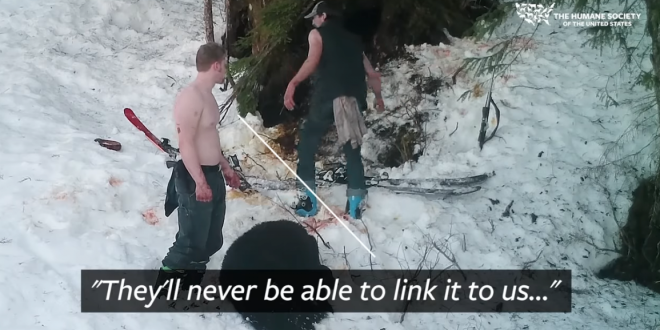 In April of 2018, Alaskan father and son Andrew Renner, 41, and Owen Renner, 18, both of Wasilla, illegally killed a black bear sow and her two cubs on Esther Island in Prince William Sound. Video of that incident has now been made public, nearly a year later.

The sow and cubs that the Renners killed were part of a bear study being conducted by the Alaska Department of Fish and Game as well as the U.S. Forest Service. Because the bears were part of a study, their den was under video surveillance, and the two were caught on camera killing the bears.

Almost a year later, that video was released by the Alaska Department of Public Safety, following a successful public records request made by the Humane Society of the United States.

Be advised that the clip bears a “graphic” warning and you will hear the cubs shrieking. The father was sentenced to three months in jail and fined $10,000.