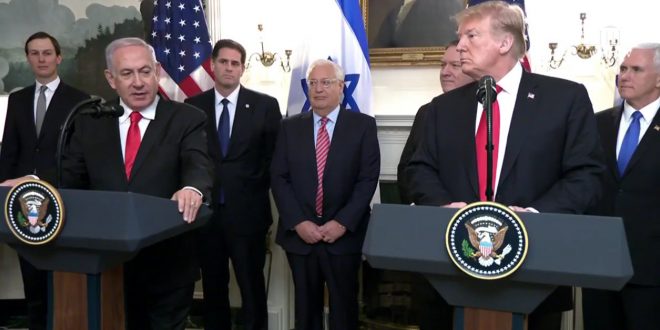 US Formally Recognizes Golan Heights As Part Of Israel

In a joint press conference, Trump said: “We do not want to see another attack like the one suffered this morning north of Tel Aviv,” adding: “Our relationship is powerful.” Trump then said: “We will confront the poison of anti-Semitism.”

The deed is done: President Trump has formally recognized Israeli sovereignty over the Golan Heights, with Prime Minister Netanyahu looking on. pic.twitter.com/gnDiYnBhqj