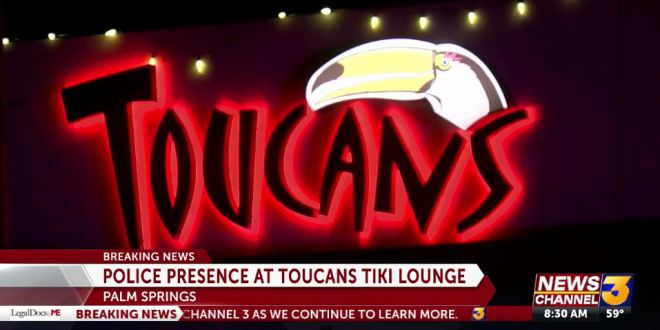 The incident began when two people got into an argument inside the club and were escorted outside. Someone fired two rounds, hitting one person outside and another person inside. Each victim was struck in the lower part of their body, Raso said.

The unidentified suspect fled the location and is described as a Hispanic man, approximately 20-30 years old wearing a black hat, black hooded sweatshirt, black sweatpants and had tattoos on his neck.

There were several witnesses present who fled the location prior to the arrival of officers. Anyone who witnessed this incident is asked to contact the Palm Springs Police Department at 760-778-8411.

Sorry I don’t understand how the ‘greatest nation on the planet’ has this shit happening pic.twitter.com/jFHfag2zBI