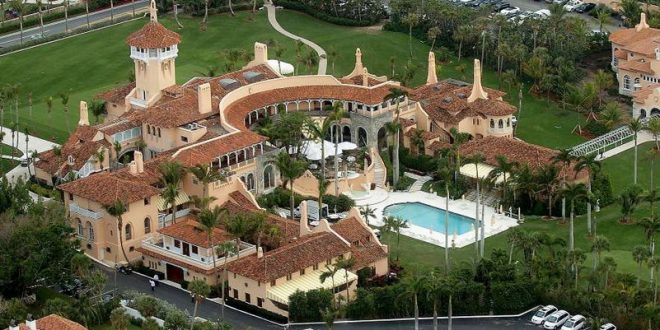 In late 2017, on one of President Donald Trump’s retreats to Mar-a-Lago, his private club in Palm Beach, Florida, he caught up with an old friend: Albert Hazzouri. Shortly after Hazzouri and Trump saw each other in late 2017, Hazzouri followed up with a message, scrawled on Mar-a-Lago stationery.

In a telephone interview, Hazzouri said he sent the note as a favor to the 163,000-member American Dental Association. He said he had only the vaguest sense of what proposal he was vouching for. “I’m really not involved in any politics, I’m just a small-time dentist,” he said.

The idea seemed to intrigue Trump. He took a thick marker and wrote on top of Hazzouri’s note, “Send to David S at the V.A.,” referring to David Shulkin, then the secretary of veterans affairs. Next to the Mar-a-Lago coat of arms, an aide stamped: “The president has seen.”

Hit the link for more. Note the salutation below. 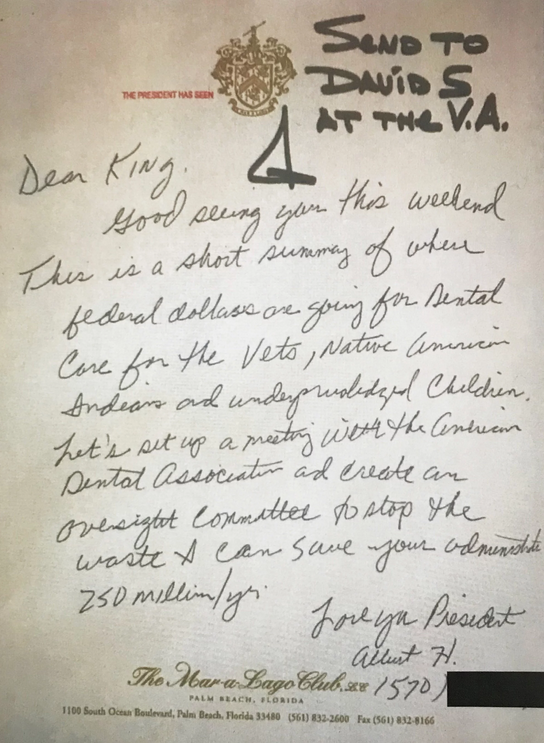 Trump sells access to the people’s government and pockets the proceeds. For 3 Mar-a-Lago members, membership fees bought them seats on a shadow board overseeing the VA. Now @ProPublica has discovered a 4th traded on his membership status with a note he addressed to “King” Donald. https://t.co/uIqbyrHHZG

Trump’s golf buddy pitched the president on an “oversight committee” for federal spending on dental care. Then he cited the project in an effort to expand his dental practice.https://t.co/YMBhtzYeZY

The President of the United States still owns and profits from a luxury resort in Florida where paying customers can give him notes, scrawled on resort stationary, that he personally forwards to cabinet secretaries https://t.co/GJbdjhpsvG pic.twitter.com/5lO0NEuo8S