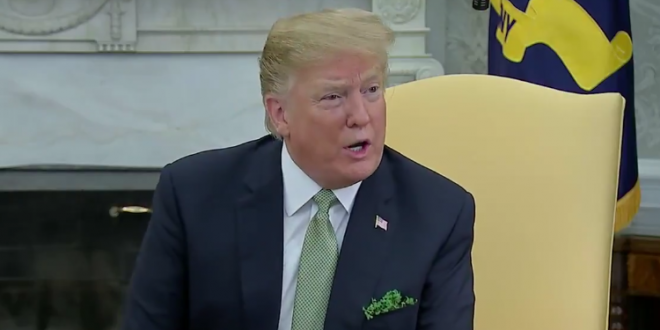 President Donald Trump offered his first reaction to Beto O’Rourke‘s 2020 presidential campaign by invoking O’Rourke’s hand gestures and, apparently, questioning his mental condition. “He has a lot of hand movement. Is he crazy or is that just the way he acts?” Trump asked.

“I’ve never seen so much hand movement. I watched him a little while this morning, doing, I assume some kind of a news conference. I’ve actually never seen anything quite like it. Study it. I’m sure you’ll agree.”

Trump just mocked Beto O’Rourke for his hand gestures, saying he moves his hands too much and that he might be “crazy.” Well, watch this entire video and you decide who’s really crazy. pic.twitter.com/D4Lr6Z9xhP

Trump says Beto had a lot of hand movement, wonders if he is crazy pic.twitter.com/i3Q2SloJD8

Previous Trump Warns Critics: It Would Be Bad For You If The Military And Police Were Provoked Into Getting “Tough”
Next UTAH: LGBT-Inclusive Hate Crimes Law To Pass After Right Wingers Add “Political Expression” As Category