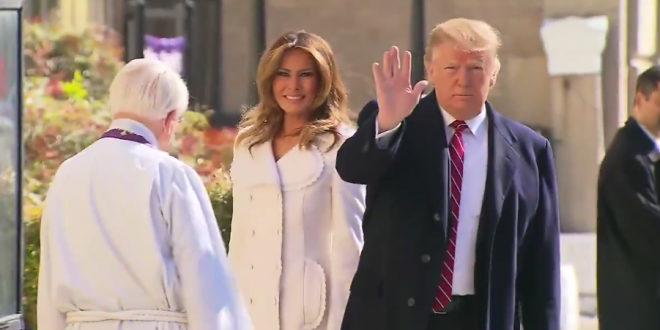 Obviously the message did not stick.

When President Donald Trump made a rare appearance at church on Sunday, he heard a pointed message from the minister: call out hate speech whenever you hear it because it’s a “sin against the Gospel.”

Seated in the designated President’s pew halfway down the church aisle, the President listened as McPherson lamented Friday’s terror spree in New Zealand — “one more gratuitous attack on innocent people at worship”– and called on congregants to muster enough courage to denounce the type of hate speech that the attack’s perpetrator espoused.

“What can we do? Well perhaps we’re called whenever we overhear or oversee hateful slurs against other people, perhaps we need the holy courage to call them out, because that’s just not us,” McPherson said in 15-minute sermon.

Hit the link for more quotes.