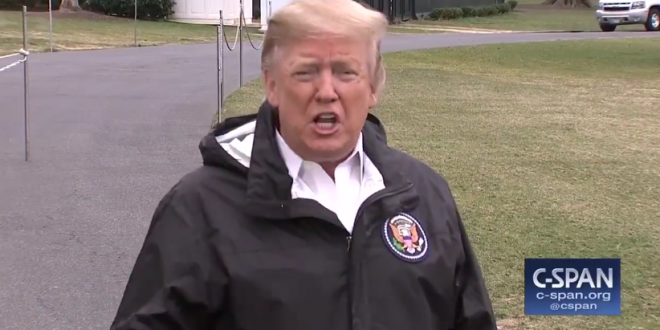 President Donald Trump criticized Democrats after the House passed an anti-hate resolution on Thursday, accusing them of becoming an “anti-Jewish party.” The resolution, that originally condemned anti-Semitism, was drawn up in response to comments and tweets from Rep. Ilhan Omar (D-MN).

Before heading to Alabama, Trump calls Democrats an “anti-Israel party” and an “anti-Jewish party.” (this will dredge up a lot of past statements of his own re “very fine people” in Charlottesville, etc)

TRUMP: democrats are the anti-jewish party

Trump, who defended neo-Nazis after a white supremacist rally in Virginia less than two years ago, says Democrats “have become an anti-Jewish party.” pic.twitter.com/cSNaktrpuq