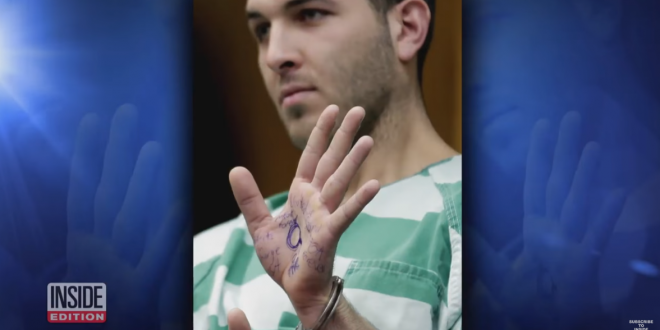 In his first court appearance, earlier this week Anthony Comello, the suspect in the slaying of a New York City mob leader, displayed pro-Trump and QAnon slogans scrawled on his hand. Today more of his recent past is coming to light.

Whatever his criminal inclinations, they escalated from bland to bizarre in February, when United States Marshals kicked him out of a Manhattan federal courthouse. Mr. Comello had entered the building and demanded a citizen’s arrest of local and national political figures, including Mr. de Blasio and the Speaker of the House, Nancy Pelosi.

The stunt was noticed by the city police and the marshals, who law enforcement officials say put out a bulletin alerting other city institutions to watch for Mr. Comello. The following day, he was seen at the mayor’s residence, Gracie Mansion, where officers recognized him. Mr. Comello left the property before the situation escalated, but spoke briefly with officers.

“These were rambling statements,” said John Miller, the chief of the New York Police Department’s intelligence division. “He wanted to make a citizen’s arrest of Maxine Waters, Congressman Schiff. He blamed Nancy Pelosi and all kinds of other people for stealing the election.”