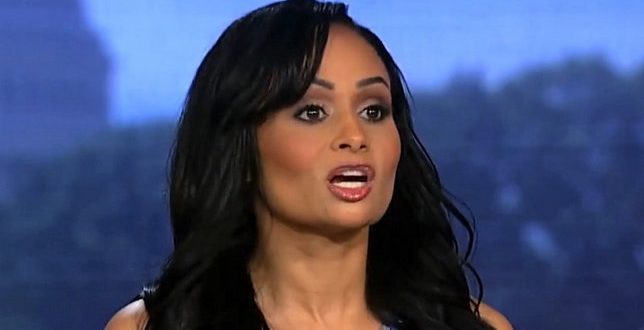 Senior advisor for President Donald Trump’s 2020 campaign Katrina Pierson rejected criticism about a lack of black staffers in the West Wing by asking critics how many African-Americans Abraham Lincoln had in his administration.

Pierson, unable to name one black staffer in Trump’s West Wing, claimed she had been offered Sarah Huckabee Sanders’ press secretary role but turned it down. She added, “Is Abraham Lincoln a racist because he didn’t have a black person in his White House? This is insane. This is an insane discussion.”

Pierson, you may recall, once described slavery as “good history” for the United States during a wild appearance on Fox News. A convicted shoplifter, Pierson has a long history of insane claims and outright lies, including that Obama got us into the Afghanistan war.