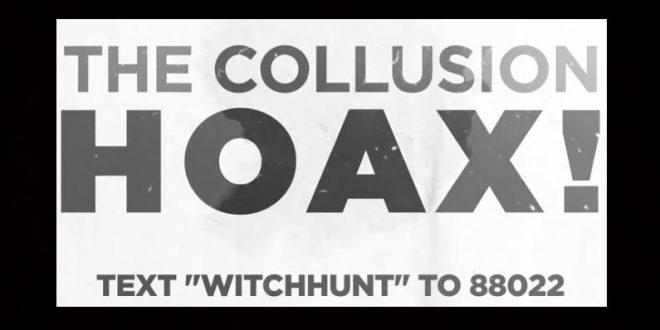 The video itself is a series of all-caps headlines reading “DEMS HYPED COLLUSION WITH NO EVIDENCE,” and “MUELLER PROVES THEM WRONG” followed by a game show buzzer noise.

The rest is just clips of leading Democrats — including Sen. Richard Blumenthal and Rep. Jerry Nadler — speaking before the buzzer goes off and “WRONG” appears in red across the screen.