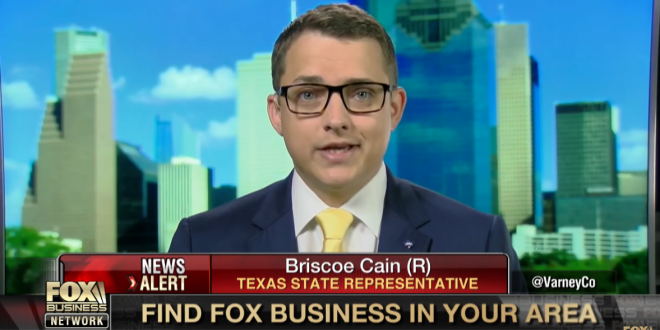 A Goose Creek CISD teacher’s apparent classroom mishap put her on the receiving end of threatening calls, including death threats, district officials said. The teacher, who was not identified, gave her 7th grade students an assignment where they read 10 student-written essays and determined what each essay inferred, hoping to increase the students’ critical-thinking skills.

One of the assignments called for the students to infer conclusions after reading an essay titled Trump Against American Values. A parent upset about the assignment shared it with Texas State Rep. Briscoe Cain, R–Deer Park, who blasted the district and teacher on social media.

“This individual has violated the sacred trust that every parent has with the State of Texas when they send their child into a public school,” Cain said in the post. “They have lost the privilege of being in a classroom with Texas children, and forfeit the title of teacher. No teacher should attempt to indoctrinate a child to their ideology.”

Stephen Hawking now knows the truth about how the universe was actually made.
My condolences to his family.