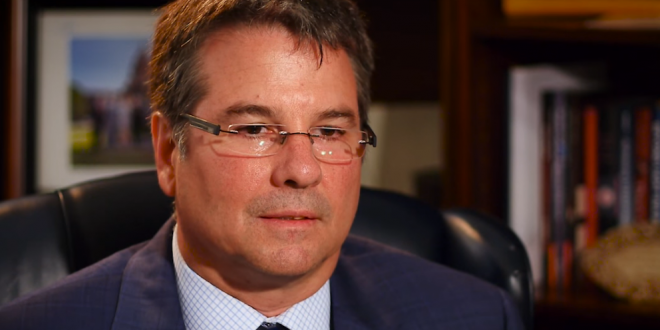 TEXAS: Republicans Advance Bill To Allow Doctors And Many Others To Discriminate Against LGBT Citizens

Opening what promises to be one of the most contentious fights of the 2019 legislative session, a Senate committee on Monday approved a bill to give state-licensed professionals — including doctors, lawyers, pharmacists and barbers — broad protection for actions taken according to their religious beliefs.

Opponents said the bill, and more than a dozen similar measures that have not yet been acted upon, would give religious people, particularly conservative Christians, the power to discriminate against gay, lesbian and transgender people as well as anyone they don’t want to do business with or serve.

But supporters of Senate Bill 17 — including its Republican author, Sen. Charles Perry [photo] — said the protections are needed to ensure that licensing agencies do not discriminate against religious professionals by forcing them to do something that violates their beliefs.

Dozens of activists, mental health providers, clergy and others denounced the bill at a committee hearing Monday afternoon, saying it would allow doctors, mental health professionals, teachers and others to discriminate against LGBTQ people without fear of losing their occupational licenses.

The bill includes a provision that would require medical professionals to treat patients who are at risk of death or serious injury, regardless of religious belief. Gary Sanchez, a spokesman for VisitDallas, said the 2017 bathroom bill debate cost the state $66 million in revenue from travel and tourism, and SB 17 could have similar effects.

State Affairs approves SB 17, the religious exemption bill for state licenses, on a 7-1 vote with only @JudithZaffirini voting no. All Republicans present voted yes, as did Democratic Sen. Lucio.#txlege

Previous Lawyer For Mafia Hit Suspect Blames Trump’s “Hate”
Next Junior Demands FBI Probe Into Top Democrats Because “It Was Them Colluding” With Russia, Not Us [VIDEO]