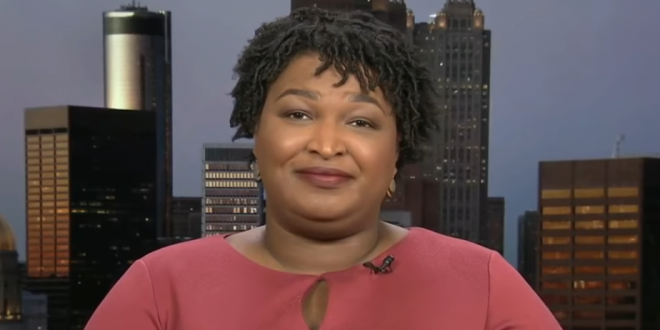 Stacey Abrams, a rising star in the Democratic Party, said Monday it was possible she could seek her party’s presidential nomination next year.

Abrams’ comment came after an interview at the South by Southwest conference in Texas, where Abrams reportedly said she previously thought 2028 would be the earliest she could run for president, but over Twitter, she clarified: “Now 2020 is definitely on the table.”

If Abrams decides to run, she would jump into a crowded Democratic field that already includes 12 announced campaigns. Earlier this year, Abrams delivered the Democrats’ official rebuttal to President Donald Trump’s State of the Union speech.

In #LeadFromTheOutside, I explore how to be intentional about plans, but flexible enough to adapt. 20 years ago, I never thought I’d be ready to run for POTUS before 2028. But life comes at you fast – as I shared in Q&A w @Yamiche at @sxsw. Now 2020 is definitely on the table…