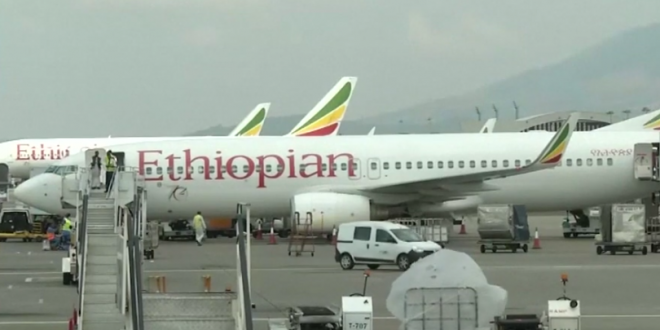 Airlines in multiple countries have suspended the use of Boeing’s new 737 MAX 8 aircraft over concerns about its safety, after an Ethiopian Airlines flight of the same model crashed Sunday killing all 157 people on board.

Flight ET302 to Nairobi had just taken off from the Ethiopian capital of Addis Ababa Sunday when it reported technical problems and asked for permission to turn back. It crashed shortly afterwards.

As the crash investigation got underway, the Civil Aviation Administration of China ordered Monday that all domestic Boeing 737 MAX 8 jets be out of the air by 6 p.m. local time, due to its principle of “zero tolerance for safety hazards.”

“Alarms should be and going off all through the aviation industry,” says transportation analyst @MarySchiavo on the Ethiopia Airlines crash.

She says the US should ground Boeing 737 MAX 8 planes for now. “Everybody should… Boeing should take the lead.” https://t.co/YzBhDBCCUr pic.twitter.com/Bq3nQuAau2

Ethiopian Airlines has grounded its fleet of Boeing 737 Max 8 jets a day after 157 people were killed when one bound for Kenya crashed shortly after takeoff. https://t.co/vOezBsxcHn

Previous CHATTER AWAY: Overnight Open Thread
Next Trump: I Could Be Elected Prime Minister Of Israel