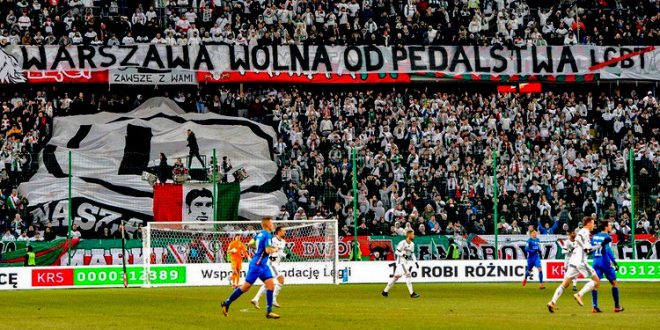 Less than two weeks after its mayor signed a historic accord recognizing the rights of LGBTI people, homophobes unfurled an anti-gay banner at a soccer match in Warsaw.

Fans of the team Legia Warsaw unfurled the massive banner which read, ‘keep Warsaw free from faggots’ on Friday night. The banner also featured the LGBT acronym with a red line through it.

The team’s fans are reportedly notorious for fighting and for their far-right politics. The team won the Polish national championship last year.

Two weeks ago the Mayor of #Warsaw signed a landmark declaration to support the LGBT+ community. 🌈

On Friday night Legia Warsaw fans declared their opposition with a huge banner that read “Warsaw free from faggots”.

So far not a word from the club or Polish FA in response… pic.twitter.com/xF0pwMXrgK