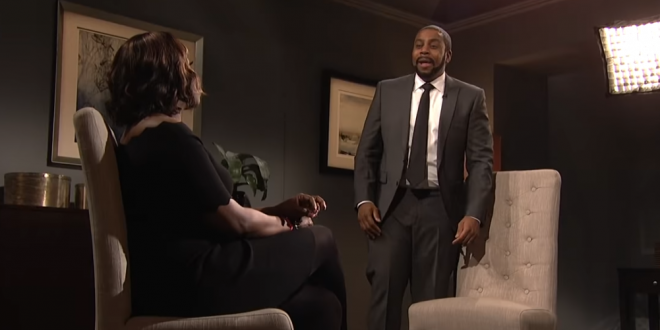 Saturday Night Live opened with a comedic take on R. Kelly’s bizarre interview with Gayle King, with Kenan Thompson and Leslie Jones portraying the singer and CBS This Morning co-host.

Jones’ King opened the interview by asking the singer why he made the decision to conduct an interview while awaiting trial for sexual abuse charges.

“Because people think that I’m some kind of monster. I’m here to remove all the doubt. My lawyer was telling me no, but my ego, my ego, was telling me yes,” Thompson’s Kelly said.

The “Trapped In The Closet” interludes are great.