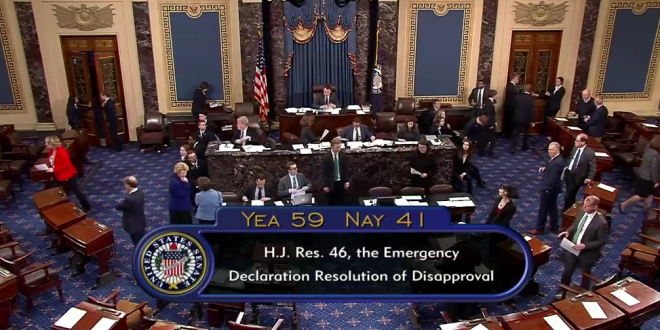 In a major rebuke to President Donald Trump on his signature domestic policy issue, the Republican-controlled Senate on Thursday voted to block the national emergency the president declared to free up money for his border wall.

A dozen Republicans joined all Democrats backing a resolution to rescind Trump’s effort to tap into more than $6 billion for the wall that had been set aside for other programs, most of them at the Pentagon.

Trump vowed to use his veto power for the first time to kill the resolution, which passed the House 245-182 last month. There’s not likely enough opposition to override that veto. But the Senate vote was nevertheless a significant political setback for the White House, which had lobbied hard in recent days to keep Republicans in line.