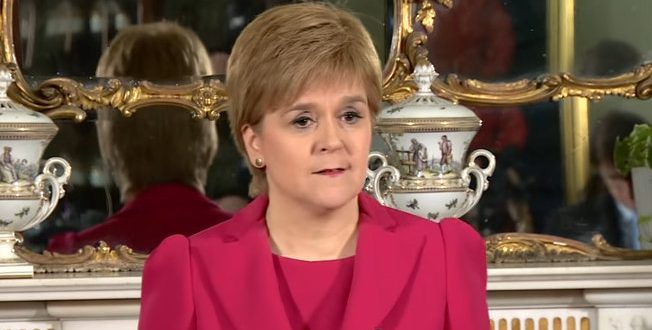 Nicola Sturgeon has said she intends to “exercise the mandate” she has to hold a referendum on Scottish independence in response to the Brexit turmoil. The SNP leader said she will make her long-awaited statement an a second referendum when the current “chaotic” negotiations are concluded. With an extension to Brexit likely, that may take months.

But Ms Sturgeon made it clear today that she will be pressing ahead with plans for a second vote. “If we are to be taken out of the EU against our will, there’s a mandate in Scotland at two elections now, to give the people the choice of independence,” she told Sky News.

The SNP leader’s position will lead to an impasse with Westminster which has power over the constitution. Theresa May has indicated that she would refuse Holyrood authority over such a move.

✂️ Tory austerity is stifling Scotland’s potential and hurting our economy – Brexit only amplifies that.

🏴󠁧󠁢󠁳󠁣󠁴󠁿 Independence gives us the opportunity to get rid of austerity and invest in Scotland’s communities. pic.twitter.com/iQSYHzT38Y