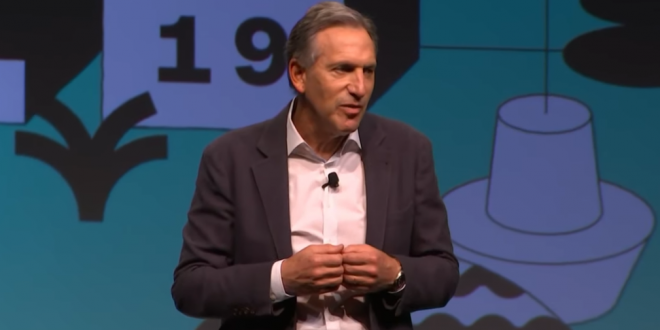 “I really believe the spoiler in all of this is going to be a far-left Democratic candidate, if that’s who gets the nomination, who is walking the shoes of a socialist,” Schultz said in an interview on Saturday. “Lifelong Republicans who do not want to pull the lever for Donald Trump are not gonna pull the lever for someone” who promotes socialist policies.

Schultz called out Elizabeth Warren in particular, who on Friday introduced a proposal to break up big social media companies due to concerns about privacy and the proliferation of hate speech online.

“What we’re seeing right now is Democratic candidates [who] in order to stay relevant and to stay in the news basically issue a press release or a tweet that they all know is not possible. It’s fantasy,” Schultz said.

Howard Schultz, the independent presidential candidate who can’t manage to tweet without getting ratio’d, made his pitch to South by Southwest on Saturday morning.

Repeatedly throughout the event, Schultz rose from his chair to attempt to inject some energy into the lackluster event, but it barely helped.

The first real groans of the morning came when Schultz answered the question, “Can you define socialism?” by pointing to Venezuela. “You don’t like that?” he asked.