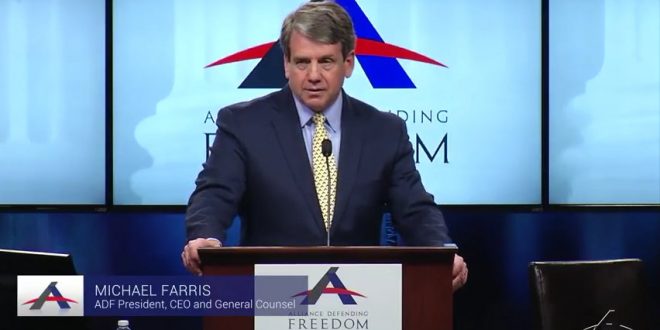 The National Christian Foundation reportedly raised over $1.5 billion in tax-exempt donations in 2017 and a lot of that money is being devoted to groups which advocate for imprisoning LGBT persons around the world.

The nation’s eighth-largest public charity is pouring tens of millions of dollars each year into a number of mostly anti-LGBT hate groups, a Sludge investigation shows. According to the three most recent available tax filings — which cover 2015-17 — it has donated $56.1 million on behalf of its clients to 23 nonprofits identified by the Southern Poverty Law Center as hate groups.

By far the biggest recipient of NCF donations is Alliance Defending Freedom, a large network of Christian extremist lawyers who have supported criminalizing homosexuality, sterilizing transgender people, and claimed that gay men are pedophiles. The group recently came out against congressional Democrats’ Equality Act, which would ban discrimination against LGBTQ Americans.

At the link you’ll see that the NCF also gave over $1.2M to the Family Research Council and smaller amounts to Liberty Counsel, the American Family Association, and other anti-LGBT hate groups. And do hit that link, this is an important exposé, particularly regarding where the NCF gets their money. (Via The Friendly Atheist)

SCOOP: America’s largest Christian charity has been sending tens of millions of dollars from anonymous donors to numerous anti-LGBT and anti-Muslim hate groups each year.