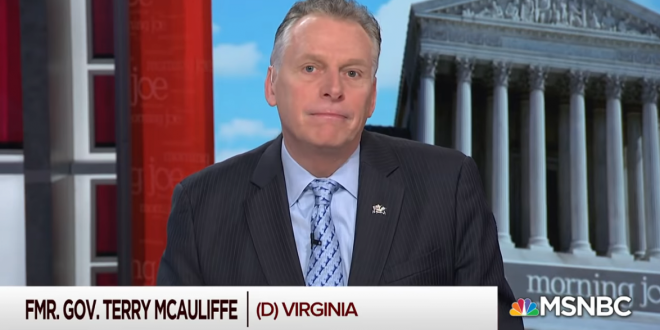 Terry McAuliffe is moving closer to a 2020 presidential run, Democrats close to the former Virginia governor said today. McAuliffe has been telling Democratic allies that he is leaning toward jumping into the Democratic presidential race next month, according to three people who have spoken to him.

The former governor has long said he would make a decision by the end of March, with a potential announcement later in April.

McAuliffe’s possible entry into the 2020 race would make him the third current or former governor — joining former Colorado Gov. John Hickenlooper and Washington Gov. Jay Inslee — and the only Virginian in the crowded field of more than a dozen Democrats.