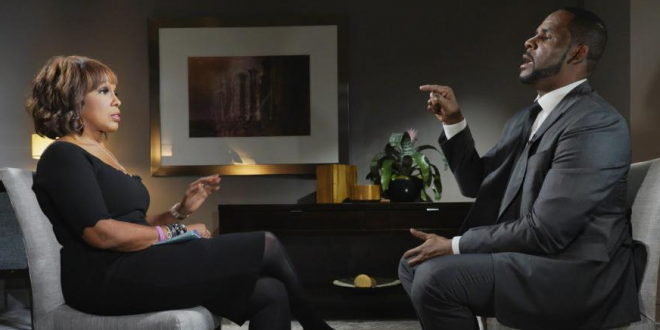 Looking directly into the camera, Kelly, through tears, screamed, “I didn’t do this stuff! This is not me! I’m fighting for my f—ing life!”

Kelly was arrested in late February and charged with 10 counts of sexual abuse involving four women — three of whom were underage at the time. He pleaded not guilty and is currently free on bond.

In the interview, King notes that “the past is relevant with you with underage girls.” Kelly denies that, saying, “Absolutely no it’s not. … Because, for one, I beat my case. When you beat something, you beat it.”

“Whether they’re old rumors, new rumors, future rumors, not true,” R&B singer R. Kelly says, angrily denying the claims against him; he sits down with @GayleKing in first interview since being charged with sexual abuse, only on @CBSThisMorning, Weds. 7a ET https://t.co/awWHvHZMMN pic.twitter.com/z9qnCzGzid

Here we go rkelly says he welcomes the opportunity to tell HIS side of the story.. we give him the floor @cbsthismorning swipe left for his many reax https://t.co/EyeKi75j5d

Previous Forbes: Billionaires Worth Combined $8.7 Trillion
Next AOC On Why She Didn’t Attend Bernie’s Launch Rally