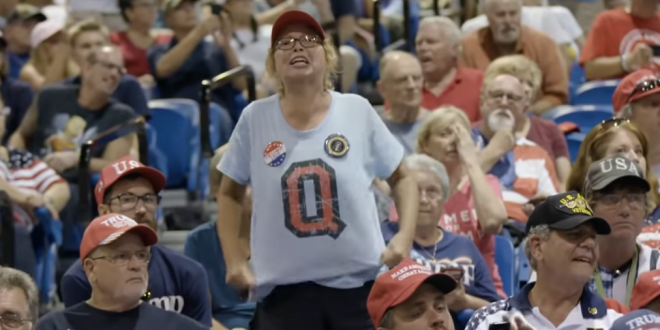 A book that pushes the conspiracy theory Qanon climbed within the top 75 of all books sold on Amazon in recent days, pushed by Amazon’s algorithmically generated recommendations page. “QAnon: An Invitation to the Great Awakening,” which has no stated author, ranked at No. 56 at press time.

The book, “An Invitation to the Great Awakening,” is currently No. 9 in all books about politics, and No. 1 in all books about “Censorship,” one slot ahead of Ray Bradbury’s “Fahrenheit 451,” and immediately followed by classics “Lord of the Flies,” “The Handmaid’s Tale,” and “Of Mice and Men.”

If you are somehow unaware of the utterly insane QAnon movement, the WaPo explainer below may be helpful. Most of the comments over on YouTube are from deranged QNuts.