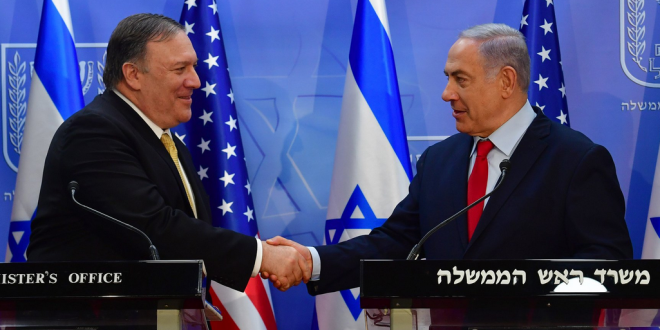 Pompeo: It’s Possible God Sent Trump To Save The Jews

During his high-profile visit to Israel, Secretary of State Mike Pompeo said President Trump could be a present-day Queen Esther, a figure in Hebrew and Christian biblical stories who is said to have thwarted a plan to exterminate the Jewish people. Pompeo said Mr. Trump’s tough stance on Iran gave him the distinction.

“Could it be that President Trump right now has been sort of raised for such a time as this, just like Queen Esther, to help save the Jewish people from the Iranian menace?” CBN’s Jerusalem bureau chief Chris Mitchell asked the secretary of state.

Smiling, Pompeo replied, “As a Christian I certainly believe that’s possible. It was remarkable. So we were down in the tunnels where we could see 3,000 years ago, and 2,000 years ago — if I have the history just right — to see the remarkable history of the faith in this place and the work that our administration’s done to make sure that this democracy in the Middle East, that this Jewish state remains. I am confident that the Lord is at work here.”

An excellent meeting with US Secretary of State Mike Pompeo. The alliance between our two countries is stronger than ever. Israel and the United States are working in close coordination to roll back Iranian aggression in the region and around the world. pic.twitter.com/7lAOhhvSAb