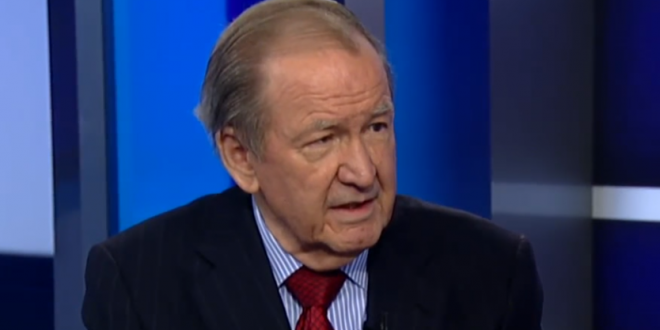 Pat Buchanan: Reparations Are Unnecessary, 620K Died In The Civil War And There Were Only 600K Slaves

“In the whole period of slavery, I think you had 600,000 people brought to the United States under involuntary servitude, or slavery, and 620,000 died in the Civil War. So, the expiation, I think, was done, you know. But I will say this, I mean, the whole idea of this — this will just rip the country apart. But before it does that, if the Democrats come out for reparations, I think they will lose the country in the next election to Trump, handily. What form is it going to take, and who is going to pay it? Who is supposed to pay the reparations? People whose ancestors had no role in this? Who is determined, exactly, who was a slave? We’re going to do the Elizabeth Warren DNA test? What’s going on here? – Pat Buchanan, today on Laura Ingraham’s podcast.