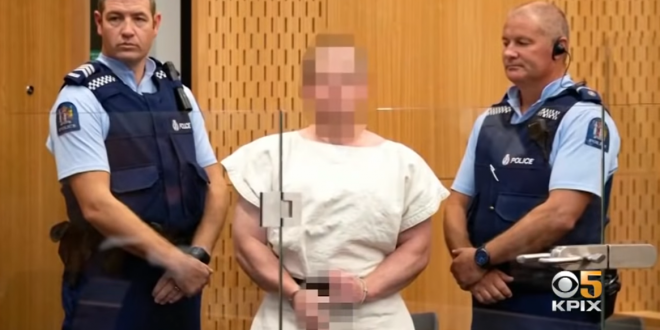 Manacled and barefoot, Brenton Harrison Tarrant walked into a courtroom on Saturday and flashed an “okay” sign, widely seen as a symbol of white power, as he stood defiantly to face murder charges less than 24 hours after brutal assaults on two mosques in this city left at least 49 dead.

Police named Tarrant the primary suspect in what was called the deadliest attack in New Zealand history — and one of the worst cases of right-wing terrorism in years — after the 28 year-old Australian allegedly stormed two mosques during midday prayers on Friday and mowed down dozens of huddling and fleeing worshipers while he streamed the mass killing over social media with a body-mounted camera.

Christchurch hospital officials said midday Saturday that 39 people, including 2 children, remained hospitalized, with 11 in critical condition. Authorities said Tarrant was the prime suspect, and there were no immediate signs that he was part of a broader plot.