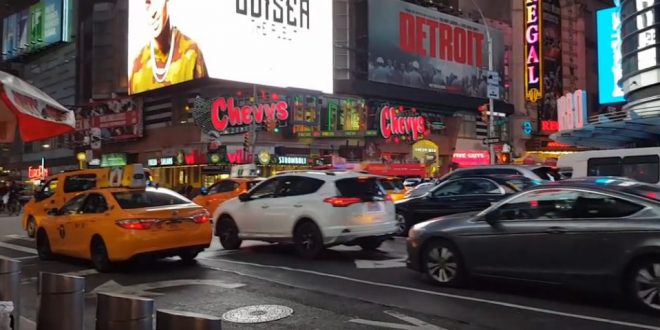 After weeks of intraparty bickering, the New York State Legislature and Gov. Andrew M. Cuomo agreed to a $175 billion budget early Sunday morning, packed with a bevy of progressive programs, including changes to the cash bail system, a new tax on high-end homes and a novel plan to charge motorists to drive into Manhattan’s busiest stretches.

Chief among the new policies was congestion pricing, the first such plan in the nation, and one that is likely to affect the habits of millions of New Yorkers and tourists who work and play in Manhattan.

Under the plan agreed to on Sunday, vehicles traveling beneath 60th Street will be subject to a toll, revenue that will be funneled into the city’s beleaguered subways and other regional transportation needs.

The toll is intended to reduce gridlock by encouraging transit use. Revenue will support improvements to New York City’s aging subway system, though some of the money is expected to go to regional commuter rail systems.

Actual toll amounts have not been set but earlier estimates suggest it could be nearly $12 for personal vehicles. Lawmakers say they want to include discounts for commuters who already pay bridge or tunnel tolls to reach Manhattan.

Congestion pricing for taxis and ride share services went into effect last month. It’s not yet been decided when the fees for personal drivers will begin. Such plans are already in place in some foreign cities such as London, Singapore, and Stockholm.

New York state closed in on a $175.5B budget deal that would reshape everyday life by imposing congestion tolls in Manhattan, a “mansion tax” and a ban on single-use plastic bags. With @hgoldman77 @BLaw @bloombergtax https://t.co/iv6rDjWyQt #NYSBudget