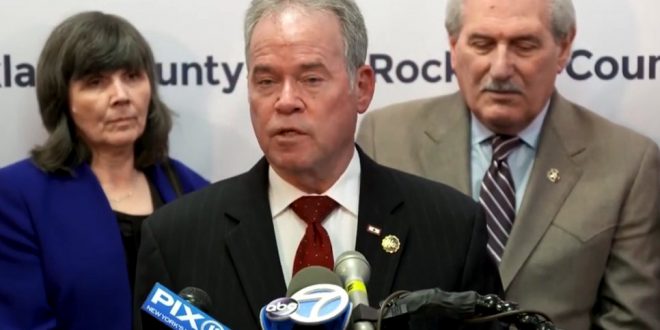 Health officials in Rockland County, New York have declared a state of emergency amid an ongoing measles outbreak. The county is prohibiting unvaccinated children under the age of 18 from going out in public spaces for 30 days. There have been 153 confirmed cases of measles in Rockland County, which sits about 40 miles north of New York City. The majority of cases have been in children, most of whom have not been vaccinated.

“We will not sit idly by while children in our community are at risk,” County Executive Ed Day said in a press conference Tuesday. “This is a public health crisis and it’s time we sound the alarm.” The ban begins at midnight tonight and is in effect for 30 days. Public places affected by the order include include shopping centers, businesses, restaurants, schools, and places of worship.