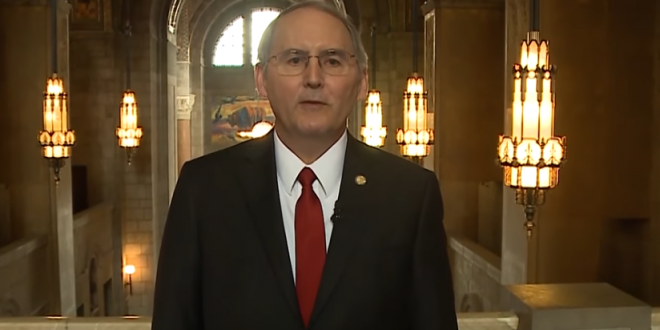 It wasn’t exactly a vote on the bill that would give protections to LGBTQ workers, but it was a vote that ended debate and the bill’s chances of passing this session.

The bill (LB627) that would ensure workers couldn’t be fired or discriminated against because of their sexual orientation or gender identity will be put aside for the rest of the session, unless its sponsor, Lincoln Sen. Patty Pansing Brooks, can find enough votes — 33 — to break a filibuster.

She’d have to find at least eight or nine more senators to support the bill that would make LGBTQ discrimination unlawful for an employer with 15 or more employees, employers with state contracts regardless of the number of employees, the State of Nebraska, government agencies and political subdivisions.

According to GOP state Sen. Robert Clements [photo], the bill would legitimize “reverse discrimination” against Christians. Other claimed it would spawn “frivolous lawsuits.” Yesterday’s floor debate is below.