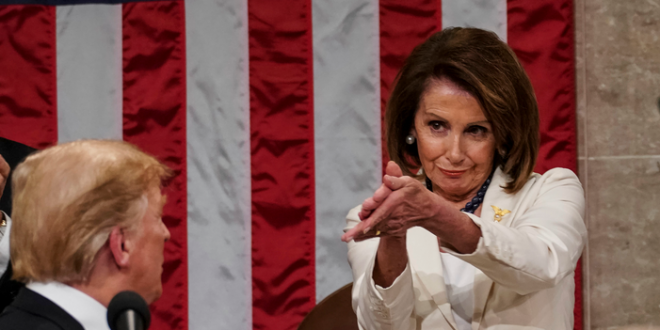 Speaker of the House Nancy Pelosi (D-Calif.) is selling t-shirts and tote bags that say “Patron Saint of Shade” on them, referring to the image that went viral of her applauding President Trump at his latest State of the Union address. Pelosi’s pointed clap in response to Trump calling for an end to “revenge politics” quickly became a popular meme on social media following the speech last month.