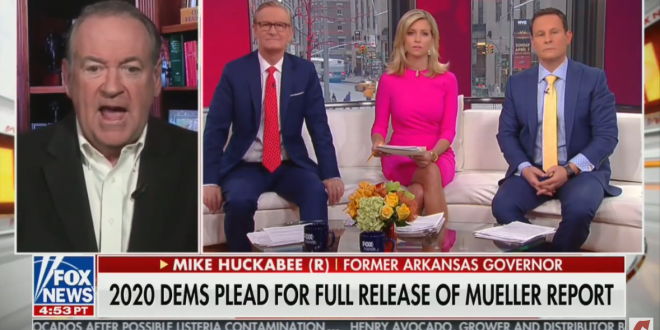 “There was a conspiracy, a cover-up and attempted coup d’état. But it was not by anyone in the Trump campaign. It was by people inside the government who tried to upend this President and overturn the election. That’s serious. It absolutely demands an investigation and charges if they find evidence. For all this time we were told Donald Trump didn’t even want to be president. That he didn’t really run because he thought he would win or wanted to win. He didn’t want to win. Now let me ask you something, if he didn’t want to win, why would he have conspired with the Russians to begin with? You can’t have it both ways, Democrats and media.” – Mike Huckebee, on Fox News.