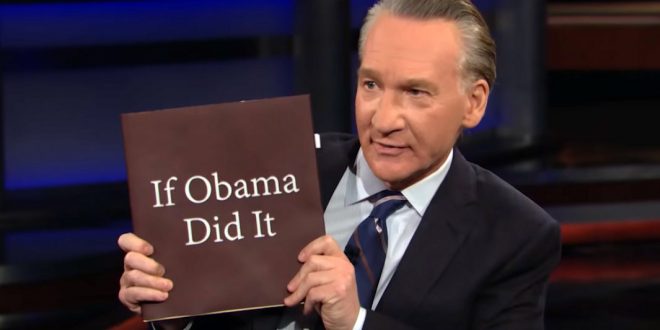 Maher Plays “If Obama Did It” With CPAC Chairman

“This is unprecedented, the fact that Sean Hannity does a show every night praising Trump, and then after the show Sean Hannity and Trump talk,” Maher said. “Now, if Obama was talking to Rachel Maddow every night, what would you think?”

Schlapp then questioned whether Obama talked to Maddow every night. “He didn’t, I promise you he didn’t,” Maher said, before pulling out a fake book called “If Obama Did It.”

The above-cited bit starts at 9:30 in the clip. Schlapp predictably shrugs off all the “if Obama did it” citations because, he claims, Trump has fulfilled his promises to conservatives.