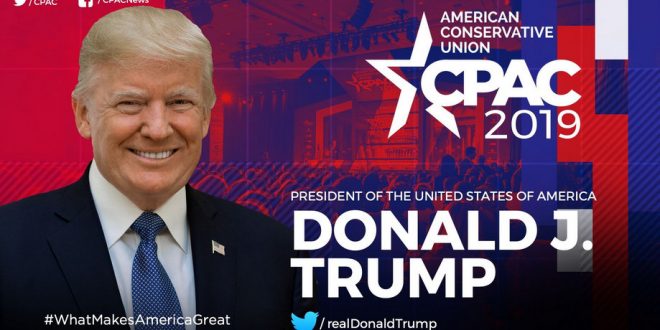 President Trump will speak at the Conservative Political Action Conference today. Trump has spoken at the annual gathering of grassroots conservatives, also known as CPAC, multiple times, including in 2011 when he raised the possibility of running for office in the 2012 presidential election.

“And I can tell you this, if I run and if I win, this country will be respected again,” Trump said. Although Trump was slated to speak at CPAC in 2016 when he was a presidential candidate, he withdrew on short notice to campaign in Kansas and Florida. He has spoken at the event in 2017 and 2018 as president.

Trump’s first CPAC appearance was sponsored by the defunct homocon group GOProud, whose founders have since expressed regret at helping launch him into politics. Homocons ruin everything.

The clips below are already live.

Previous Trump: My Golf Resort Is Good For Diplomacy With UK
Next Megadonor Sheldon Adelson Gravely Ill With Cancer