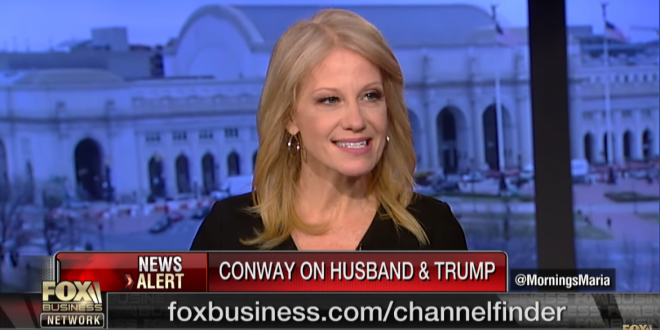 Kellyanne Conway Bashes Husband To Fox News: I Was Taught You Air Grievances Like That In Private [VIDEO]

“My husband also has been very critical of the president publicly, which is unlike him,” Kellyanne said. “He’s traditionally been a very private person. In 2016, which was known as the year of the tweet, George Conway sent exactly zero tweets. So this is new. And what also is new is not supporting the agenda of the president and my work there.”

Kellyanne accused the press of ignoring how George took himself out of contention for a job in the Justice Department, and she expressed her thanks to the president for defending her from “what he thinks is unfairness, I leave that up to him.”

“I was raised in a household of strong Italian Catholic women that taught me you air grievances like that in private,” Conway said, “so it is very surprising to see it be so public.”

As for her husband taking himself “out of contention” for a DOJ job, Conway makes no mention of Trump’s lie about that.