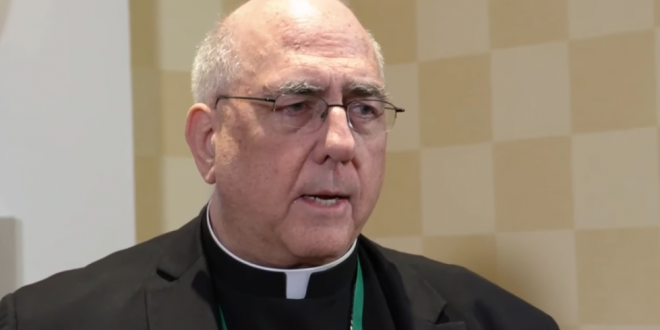 A Prairie Village Roman Catholic grade school this year denied enrollment to a kindergartner who is the child of a same-sex couple. Now almost 1,000 people have signed a petition asking church leaders to reconsider.

The petition over St. Ann Catholic School on Mission Road is addressed to Archbishop Joseph Naumann [photo] and school Superintendent Kathy O’Hara. About half of the people who signed it are members of St. Ann.

“Respectfully, we believe that the decision to deny a child of God access to such a wonderful community and education, based on the notion that his or her parent’s union is not in accordance with the Church’s teaching in Sacramental marriage, lacks the compassion and mercy of Christ’s message,” the petition reads.

As you can see from their statement below, the Archdiocese doesn’t intend to budge. 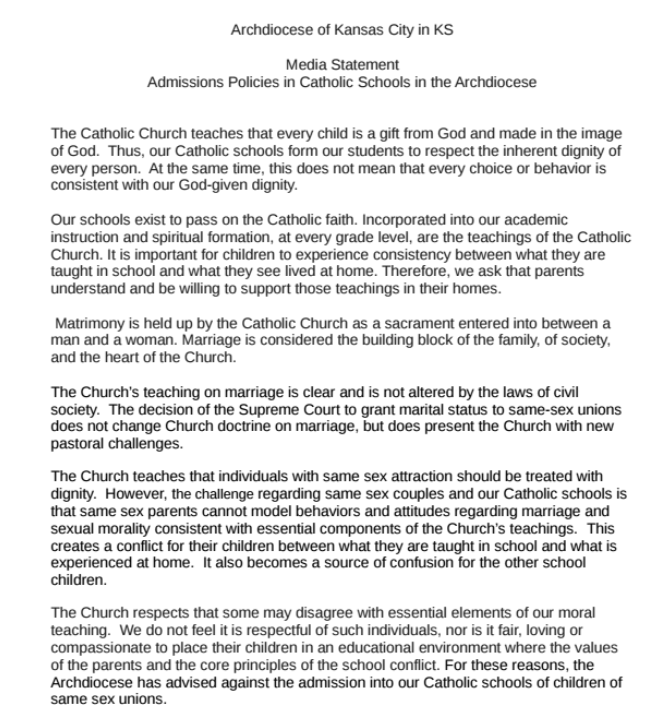