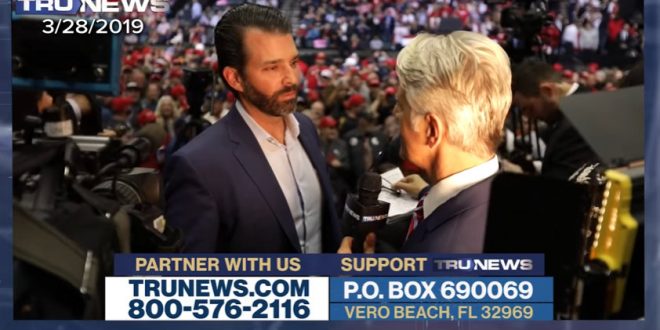 Junior Does Interview With Anti-Semitic Network

The TruNews network, dedicated to “reporting the countdown to the Second Coming of Jesus Christ,” is owned and operated by radical right-wing conspiracy theorist Rick Wiles.

In addition, Wiles and his network are is deeply anti-Semitic and many of TruNews’ programs are dedicated to railing against Israel and the Jews.

Despite all of this, Wiles and his TruNews network have been able to establish close ties to the Trump administration and regularly receive press credentials to not only cover Trump’s international trips, but also his campaign rallies.

As you’ll see below, last night Junior was delighted to do an on-camera interview with a TruNews reporter.