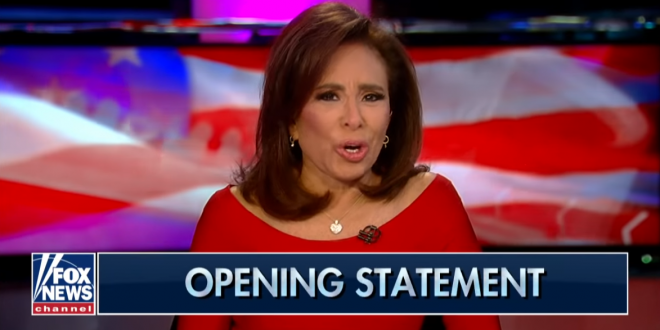 A Fox News host close to Donald Trump has sparked bemusement and anger after suggesting Ilhan Omar’s decision to wear a hijab could mean she is opposed to the US constitution. “Judge” Jeanine Pirro, a legal pundit for the US news channel, also accused the Somali-American congresswoman of being anti-Israel and a believer in sharia law.

“Think about it. Omar wears a hijab, which according to the Quran 33:59 tells women to cover so they won’t get molested. Is her adherence to this Islamic doctrine indicative of her adherence to sharia law? Which in itself is antithetical to the United States constitution?”